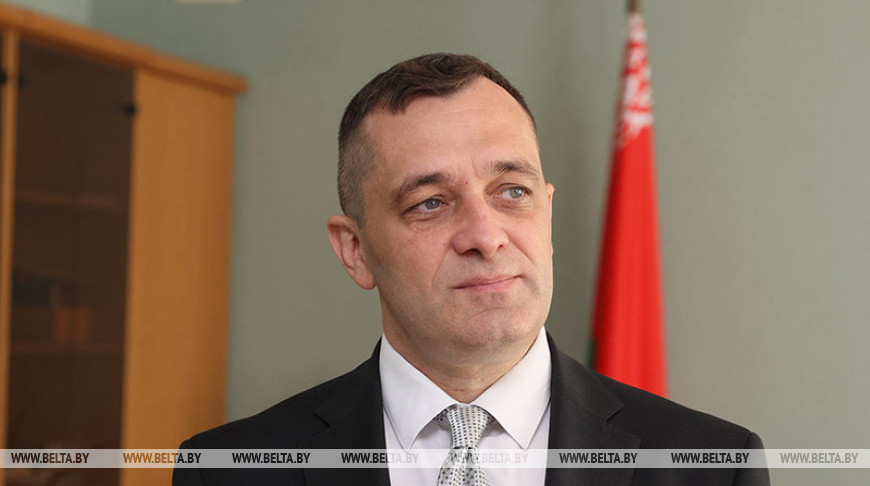 Belarus takes the example of China in setting up state corporations, Belarusian Deputy Prime Minister Aleksandr Subbotin said in an interview on a YouTube channel, BelTA has learned.

Speaking about the plans to transform the Belarusian state food industry concern Belgospishcheprom into a state corporation, the deputy prime minister said: “This issue has been discussed for a long time already. Times are changing and we also need to transform to be more successful and efficient. Belgospishcheprom is viewed is one of possible state corporations. We do not know yet if it would be a single corporation in the food industry. Perhaps it will be a confectionery corporation and an alcohol corporation. Scientists and managers are working to determine how to build the whole system in a better and more efficient way.”

“We take Chinese state corporations as one of the successful examples. They are more aggressive in all markets. They have a state share and state support, but they are more free in decision-making, more liberated. They can take risks economically in some way, advancing into markets. The most important thing is the centralization of management, so it would be in one hands, both in the foreign and domestic markets. We want to lay down a lot of approaches. I am not ready to answer how it will be in the end. We have even involved the Academy of Sciences. They are finishing their research work in early September, and they will defend it, offering options on how we can build this system,” said Aleksandr Subbotin.

“A state corporation is not a panacea. It may be one of the options we use to transform further,” the deputy prime minister said.

As BelTA reported earlier, on 26 August Belarus President Aleksandr Lukashenko met with Belgospishcheprom Chairman Anatoly Buben and Deputy Prime Minister Aleksandr Subbotin. One of the topics of the meeting was a proposal to set up a state corporation on the basis of the Belarusian state food concern Belgospishcheprom. The head of state approved the corresponding plans. “We talked about the setting up of a corporation. We are already working on it. At the Belarusian People's Congress the prime minister set a task to set up corporations in the country. I think it will be a step forward. The president supported this issue. He asked to calculate the feasibility of the project to see what the state would gain from this step. I reported that the corporation will let us consolidate forces and achieve better results by our joint efforts, get more profit and make more marketable products,” the head of the concern told reporters.

“The draft presidential decree is ready. I promised to submit it to the Council of Ministers on 1 September. The president said that if it is economically feasible, then a new corporation in the food industry should be launched at the start of the next year,” said Anatoly Buben.